A Real Story about Bias in Machine Learning

In the news, there have been several notable cases of how bias can affect Artificial Intelligence (AI) and Machine Learning (ML). It is often the case that trained models are merely replicating what they “see” has happened in the past (because of bad data) or are guessing (because of missing data) without recognizing the problems this can cause when different types of biases creep into ML:

CVP has been using ML for over a decade. This experience has led us to develop a multi-angle approach for controlling bias using techniques like:

Even with all this, sometimes cases of bias still exist. CVP recently did an AI proof-of-concept for a client where this problem manifested. Understanding what happened and how to control it was enlightening. The following is what we learned.

The goal of the project was related to something most people are familiar with: seat belts. Though seat belt compliance in 2020 is generally good, in some industries, there are still workers who do not routinely buckle-up or do not get the audible warnings (for not using a seat belt) that most passenger vehicles provide. Our client wanted to figure out if we could build a seat belt detector app to tell whether a person was wearing a seatbelt, and sound an alarm if they were not. Essentially, the app takes photos using a smartphone’s camera and then passes the image to an ML model that is trained to detect:

Much of the work in creating an ML model is actually in the collection of data. Because this was a proof-of-concept project only, we began (as most mad scientists do) with using ourselves as test subjects. 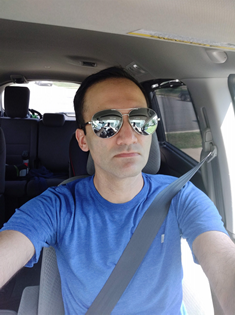 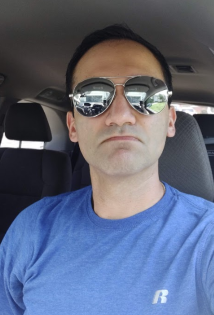 Above, there are two images from our training set: on the left is Class 1 (Person in the Frame:  Belted) and the right is Class 2 (Person in the Frame: No Belt). To make the model generalize, we made sure to take photos from different cameras, different angles, in different cars, and with different color seat belts. Preliminary results were promising, with the model achieving about 80% accuracy on images from the test set. This made us excited, so we went to try it out with someone who wasn’t on the Development Team. Lo and behold, the accuracy dropped precipitously. We immediately realized the problem: our data set was not representative of the overall population and the model was having trouble with people of different shapes. As you can see from the images above, our test subject was what a demographer would call a “skinny white guy” and anyone who didn’t fit into that category wasn’t being handled accurately. We needed to broaden our test set! 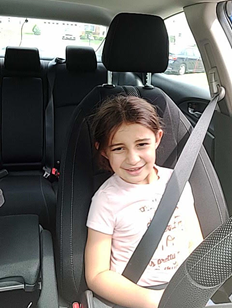 Enlisting the help of family members, we took more photos of different people to add to the training set; forcing the model to generalize further. (Don’t worry, no keys were in the vehicle when the unlicensed driver you see to the right was photographed). After adding a couple hundred more images, the performance of our model improved greatly across different ages and genders. Success!

But there was a problem. Family members (unsurprisingly) have a strong resemblance to one another, and in further testing, our model really didn’t work for the general population, as it would randomly have issues with co-workers who tested it. We realized we still had a form of bias and needed to broaden the base further.

CVP values diversity in our employees for the strength it brings to our projects. We called upon this diversity via a company-wide Slack channel to get even more photos:

This worked! We got several dozen more photos of people of all ages, genders, and ethnic groups and the model actually started predicting reliably across different ethnicities. Feeling proud of ourselves, we prepared for the first demonstration to the client, where we ran into another problem: clothing.

Two years ago, CVP adopted a casual dress code policy for our offices, which means if we don’t have a client meeting or event, we’re generally dressed pretty casually. This led to another form of bias: our model didn’t work well with people who didn’t dress like we did. At our client demo, two of the participants wearing collared shirts and ties tried out the app. The diagonal lines of a collar and vertical silk straps (ties) on their bodies confused the model, so back to the lab we went. We now moved to including a broader set of clothing and spent the weekend playing dress-up with things like collared shirts and ties of different colors and patterns: 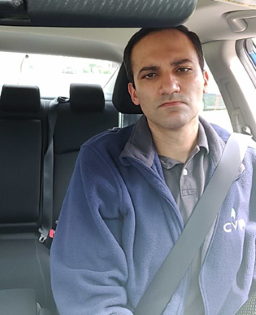 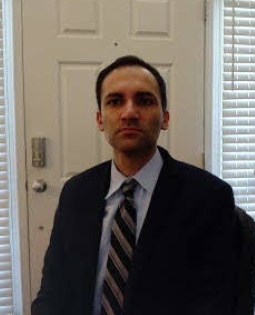 After this, and some other tweaks, we were able to create a model that worked on 50 different men and women dressed casually and formally, with 98% accuracy on a given frame. Overall, it had an uncanny ability to spot people who forgot their seatbelt within 50 milliseconds.

If you’ve read this far, you are probably starting to get the idea: ML models are really not “smart” enough, in a general sense, to uncover creative ways to discriminate. Along with the biases noted so far, we found several other biases for which we had to go back and add more data in later iterations:

Even a four-year old child can tell if someone is wearing a seatbelt or not with relatively little bias, so we thought this project would be straightforward. But the real world implementation of this model demonstrated that this was not the case. Obvious (ethnic group) and non-obvious (clothing) biases snuck in. We had to ensure that we tested constantly in a variety of ways, remained open to tweaking our approach, and remembered to include different people in the process to check our conscious and unconscious biases.

AI bias is a real problem in the world and the speed at which AI can inadvertently pick up on this and make it worse is a big concern – what could have happened if we didn’t catch all the criteria that caused the biases before this app went into wide distribution in the real world?

We learned that if the model had a higher error rate in either direction for a limited, unknown portion of the population, and we still mandated the use of the app in this device, we could make the problem worse!

Now think of all the other situations in which AI is used and how unintended bias could cause huge problems:

At CVP, we think Artificial Intelligence has been and will continue to be a net positive for the world, but as with any new technology, it must be programmed and used properly in order to reduce the risk of harm. While organizations can learn how to put together a basic AI model from an online course, some steps required are not easy:

If you are an organization looking to apply AI capabilities and want to avoid the pitfall of bias (and other problems), make sure you enlist an expert like CVP!