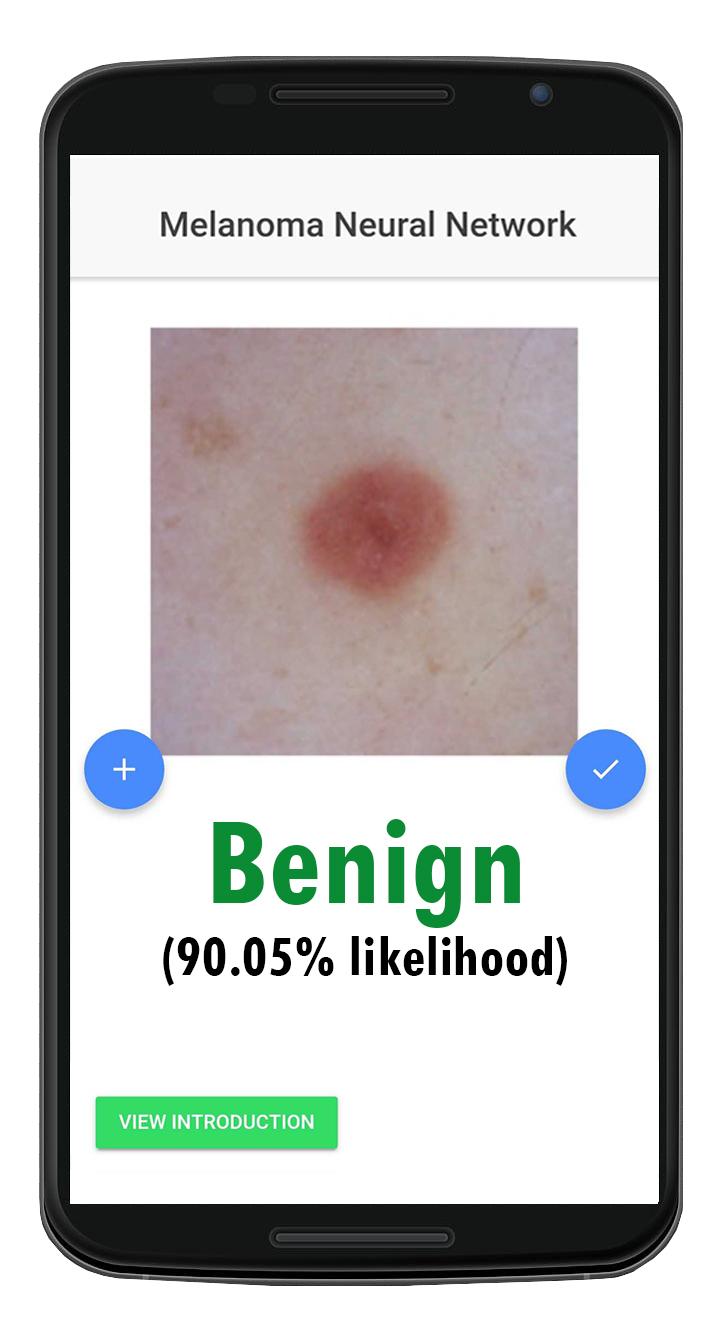 Fairfax, Virginia, July 31, 2019 – CVP, a leading business and technology consulting company, unveiled a skin cancer detection application at Google Cloud’s 2019 Federal Healthcare Day. The application works on any iOS or Android smartphone, is over 85% accurate on an independent test data set, and is hosted in the Google Cloud.

Mobile apps have become ubiquitous and Artificial Intelligence (AI) is disrupting entire industries. As a new partner of Google Cloud, CVP wanted to evaluate its cloud computing services to quickly build a mobile app that used AI to help diagnose a complicated medical issue. “The experiment was a great success and serves as a blueprint for how we can quickly build sophisticated, AI-driven mobile apps for our clients,” said Cal Zemelman, CVP’s Director of Data Science & Engineering. “In two weeks, we were able to go from concept to an app on a device that had performance levels similar to a dermatologist performing the same task.”

To build the app, the company used:

Due to the FDA’s regulation which classifies apps that diagnose a disease as medical devices, CVP is unable to publicly release the app in the short-term, but the firm is looking into how this research can benefit the health industry in other ways.

Customer Value Partners (CVP) is an award-winning business and next-gen technology consulting company that helps organizations navigate disruption and prepare for a culture of Continuous Change. We solve critical problems for healthcare, national security, and public sector clients through innovative strategies and solutions which leverage technologies and industry expertise in areas including Technology Modernization, Health, Data Science & Engineering, Business Transformation, and Cybersecurity. CVP delivers unparalleled excellence to clients and employees through a strong culture of integrity, engagement, respect, and a passion for our clients’ missions.