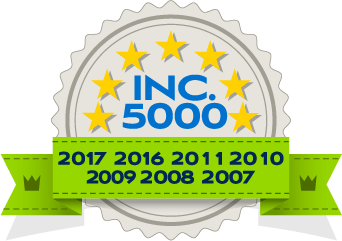 Fairfax, VA – August 18, 2016 – Inc. Magazine today ranked Customer Value Partners No. 3492 on its 35th annual Inc. 5000, the most prestigious ranking of the nation’s fastest-growing private companies. This is the sixth time CVP has made the Inc. 5000 List.

The 2016 Inc. 5000 is ranked according to percentage revenue growth when comparing 2012 to 2015. To qualify, companies must have been founded and generating revenue by March 31, 2012. They had to be U.S.-based, privately held, for profit, and independent—not subsidiaries or divisions of other companies—as of December 31, 2015.

Customer Value Partners (CVP) is an information technology (IT) and business strategy consultancy that helps private and public sector clients “Be Better.” We support our clients in the healthcare, national security and public sectors in achieving their mission goals by delivering improved business efficiency, workforce optimization and practical application of emerging technology. Our seasoned professionals provide experience-based solutions across our four core competencies: Agile Systems Integration, Cybersecurity, Performance Transformation and Analytics, and Training and Strategic Communication. Based in Fairfax, Virginia, CVP has developed a nationwide operational reach. CVP has been independently appraised at Maturity Level 3 of the CMMI Institute’s Capability Maturity Model Integration. [ Read More ]